Home Get to know us Little Elisa

The story of little Elisa

Elisa’s story begins and ends tragically. A modern-day Cinderella who for five years lived in the loving care of her father, only to be emotionally, physically and sexually abused for an entire year by her own mother, dying, exhausted by fatal injuries aged only six years.

Elisa was born on February 11, 1989, in Brooklyn, New York, to Cuban immigrant Gustavo and Puerto Rican Awilda. The two had met at a homeless shelter, where Awilda, a crack cocaine addict and mother of two, lived. Gustavo worked at the shelter as a cleaner, and only became aware of Awilda’s addiction when she was already pregnant with their first child. The infant girl was born an addict and the authorities gave her custody to her father. Elisa’s first five years were filled with affection and unconditional love.

In 1990 Gustavo enrolled Elisa in a Montessori pre-school. Shortly thereafter he developed a heart condition and his health deteriorated. The school turned to Prince Michael, one of the school’s Patrons. Upon meeting him, Elisa immediately jumped onto his lap, where she stayed for the remainder of the day. The Prince, responding instantly to this show of love and affection, offered to cover Elisa’s tuition fees at New York’s independent Brooklyn Friends School for the whole of her school education.

In 1993 Gustavo decided to move to his country, Cuba, with Elisa. He made all the necessary arrangements and bought tickets for May 26, 1994. That May Gustavo was admitted to hospital with an acute respiratory ailment and died on the day he was meant to be travelling back to his country with his daughter.

The indifference of the system

Meanwhile, ever since Gustavo was granted custody of Elisa, her mother Awilda had been trying to gain visitation rights, even though she was still using drugs. The court of New York, however, was persuaded that she had stopped using drugs and agreed to allow Elisa to spend unsupervised time with her mother a specific number of times each month. Every time she returned from these visits it was clear that Elisa had been abused, with the evidence marking her body, her genitals. She was fearful, exhibiting signs of incontinence, urinating and defecating in her bed at night. She refused in tears to go to her mother, and every time she was forced to do so by court order, upon her return refused to even enter a bedroom and was visibly frightened.

Following the death of her father, the court gave full custody of Elisa to her mother, who was by now living with a male partner and other children she had had, six in total.

Her mother removed Elisa from the school Prince Michael had been paying for and enrolled her in a state school, at which point her torment begun: her teachers reported every day that the child was covered in bruises and scars, had bald patches where her hair had been pulled out, had difficulty walking and was withdrawn from the other children. She was exhibiting all the signs of abuse. Neighbours reported that they could hear Elisa begging her mother “Mummy, mummy, stop, please, no more.” Teachers and neighbours reported to the authorities that the child was being brutally abused, but the decision was never taken to remove the child from its mother’s custody and give it to her aunt, Gustavo’s sister, who had been claiming custody.

This whole time, Prince Michael, Elisa’s aunt, her teachers and neighbours, were all tormented by the thought that the child was being ruthlessly abused by her own mother, but that the system failed to respond. Little Elisa was found dead in her bed, with cerebrospinal fluid coming out of her nasal passages and mouth from yet another blow to her head, this one fatal. Her torture finally ended that day, and New York’s justice system woke up. It was November 22, 1995.

In front of Elisa’s open coffin, hundreds of people bowed their heads, defeated by the silence, by the indifference of a system that could not be stirred, by the screams of an innocent child.

Inscribed on her gravestone are the words:
“World, please look after the children.”

And at that moment, the idea for ELIZA was born. 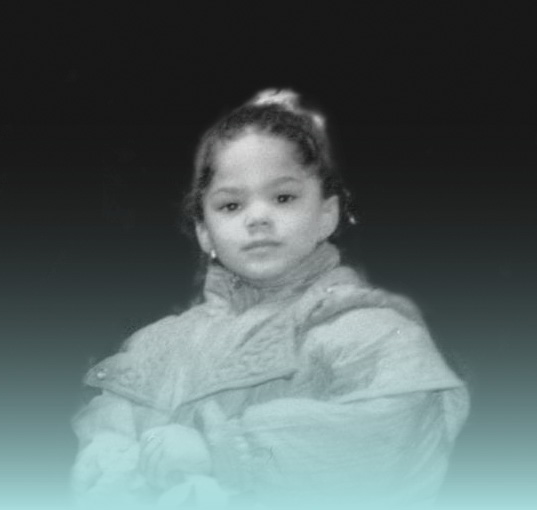