With increasing emphasis at school on developing academic skills in children at younger and younger ages, what role does dramatic (“pretend”) play have in early childhood? Is the idea of play merely a throwback to another time when we did not have as much information about how children learn to read and acquire math skills? Is play a luxury? Is it worth it to sacrifice playtime in order to make sure that children learn the letters of the alphabet and know how to count, especially those “at risk?” In any case, don’t children already play enough at home?

There is a growing body of research that shows a link between play and the development of cognitive and social skills that are prerequisites for learning more complex concepts as children get older. For example, play is linked to growth in memory, self-regulation, oral language, and recognizing symbols. It has been linked to higher levels of school adjustment and increased social development. Play has also been linked to increased literacy skills and other areas of academic learning (a view held by Piagetian and Vygotskian theories of child development).

Play is especially beneficial to children’s learning when it reaches a certain degree of sophistication. In other words, “unproductive” play happens not only when children fight and argue over who is going to be the “mommy” and who is going to be the “baby,” but also when the child who is “mommy” keeps performing the same routines with her “baby” day after day with no change. By contrast, play that has a potential for fostering many areas of young children’s development, including social and cognitive development, has the following characteristics:

1) Children create a pretend scenario by negotiating and talking to peers and use props in a symbolic way; and 2) Children create specific roles-and rules-for pretend behavior and adopt multiple themes and multiple roles.

When children engage in this kind of play for most of their early years, they learn to delay gratification and to prioritize their goals and actions. They also learn to consider the perspectives and needs of other people. They learn to represent things symbolically and to regulate their behaviors and act in a deliberate, intentional way.

Most primary school teachers would probably agree that they don’t expect kindergartners to enter first grade with a complete mastery of spelling or addition. After all, it is in the early elementary grades when children learn these academic competencies. However, teachers of entering school-agers do hope that the children who come into their classrooms can concentrate, pay attention, and be considerate of others. These areas are developed not by using flashcards or computer programs, but through interacting with peers during play.

Today, many children do not have enough play opportunities at home because of TV, videos, and the computer. They interact with toys that are not conducive to building imagination and interesting dramatic play themes. In many instances, pretend play with siblings and neighborhood children is not available. There are more adult-organized and directed activities than in the past. They tend to be in groups of children of the same age rather than in mixed-age groups, which would include older children who could act as “play mentors.”

Early childhood classrooms provide a unique setting to foster the kind of dramatic play that will lead to cognitive and social maturity. There are other children to play with, a setting that can be organized to accomodate imaginative play, and adults who can encourage the play, guiding children to play effectively with each other. Indeed, this is the cornerstone for all learning, and we need to stand firm in our support of play. 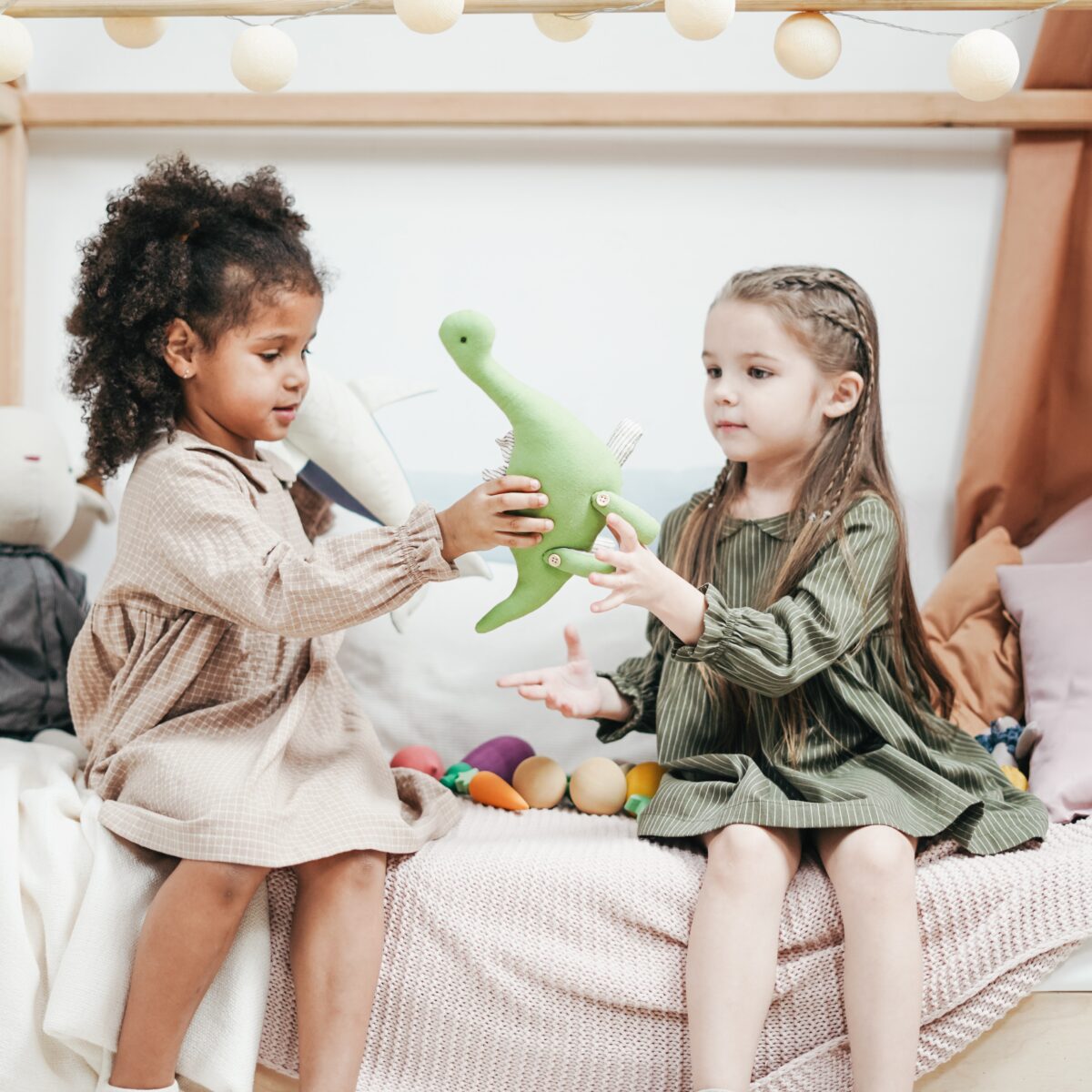