Almost all participants in the survey conducted by Nielsen Media Greece for ELIZA Society, stated that they would react if they witnessed an incident of physical or/and sexual child abuse by immediately reporting it to the Police or / and an NGO.

At the same time a survey* fielded during Covid-19 period in the USA (27th – 29th of March), powered by the New York Society for the Prevention of Cruelty to Children showed that only 36% of Americans is likely to report a suspicion regarding abuse to the Police.

Antonio Gutierrez, the Secretary General of the United Nations, stated that child abuse is another pandemic we have to face, a much more powerful one than Covid-19. A pandemic that is here to stay.

The findings at a Glance

93% and 96% of Greeks stated that they are willing to report an incident of physical and sexual abuse respectively, while at the same time a significant percentage of 52% would take action against any form of abuse, even in cases of neglect or verbal violence.

The phenomenon of child abuse is considered to be very or quite extensive within the Greek society.

7 out of 10 of Greeks say they have witnessed at least one case of child abuse, mainly verbal violence, while younger people (from 18 to 34 years of age) and parents with young children (from 0 to 15 years of age) state that violence against children is rising rapidly (more than 50%)

The majority of Greeks would take action to protect a child in danger irrespectively of whether the child comes from within their family or not.

According to ELIZA’s survey findings, 8 out of 10 Greeks would react in any case of abuse related either to a relative/ friend or a stranger, while 84% (95% for participants aged 55 and older) would report the incident even if the perpetrator was the parent or a brother/sister.

The citizens trust the Police and the NGO’s to deal with cases of abuse.

Participants (71%) from all urban centers stated that they would contact the authorities / Police or an NGO if they witnessed a case of abuse, while significantly less would consult a lawyer or address the Prosecution.

Greeks believe that abuse during childhood affects the child’s future behavior and character. 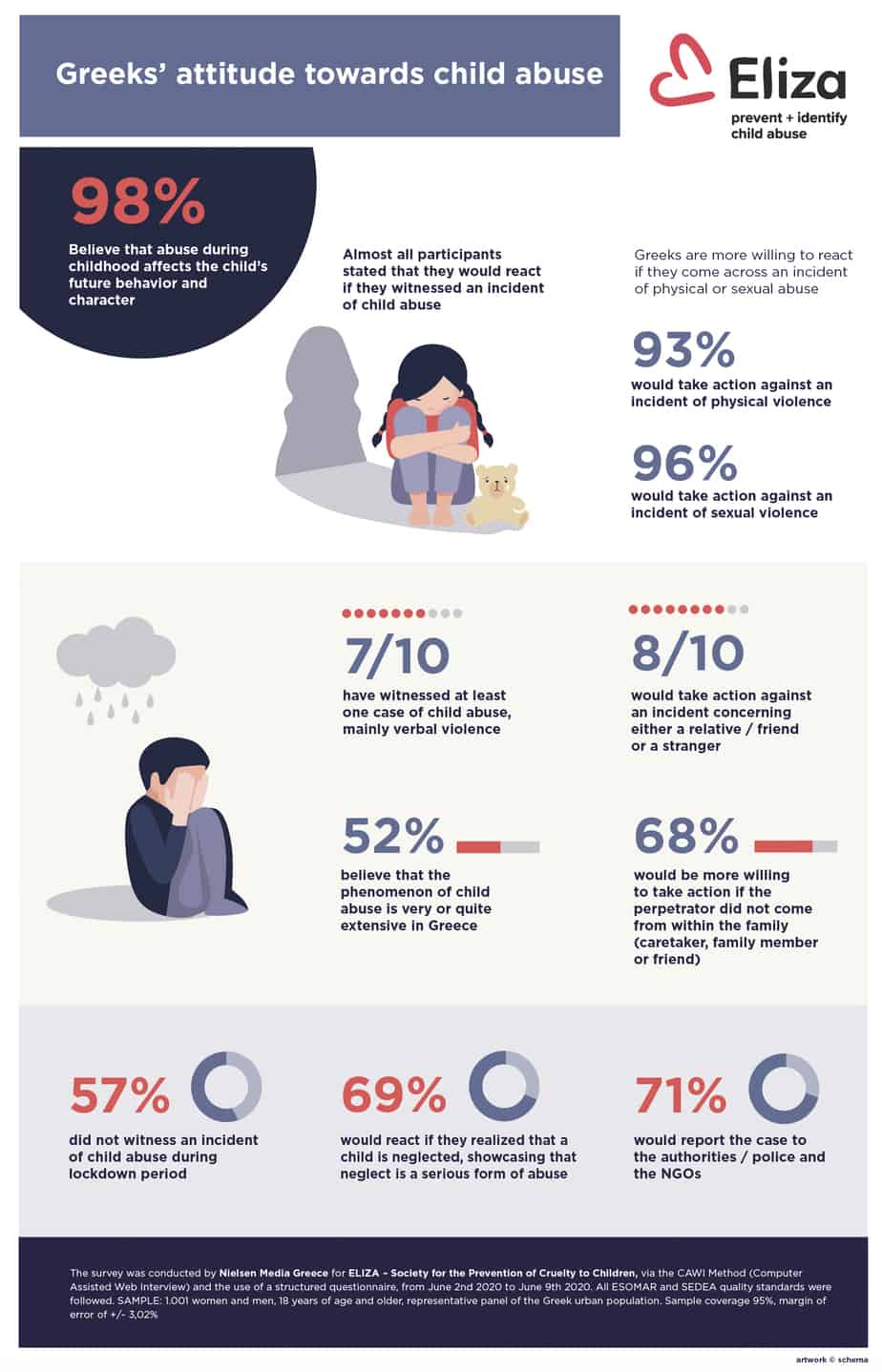 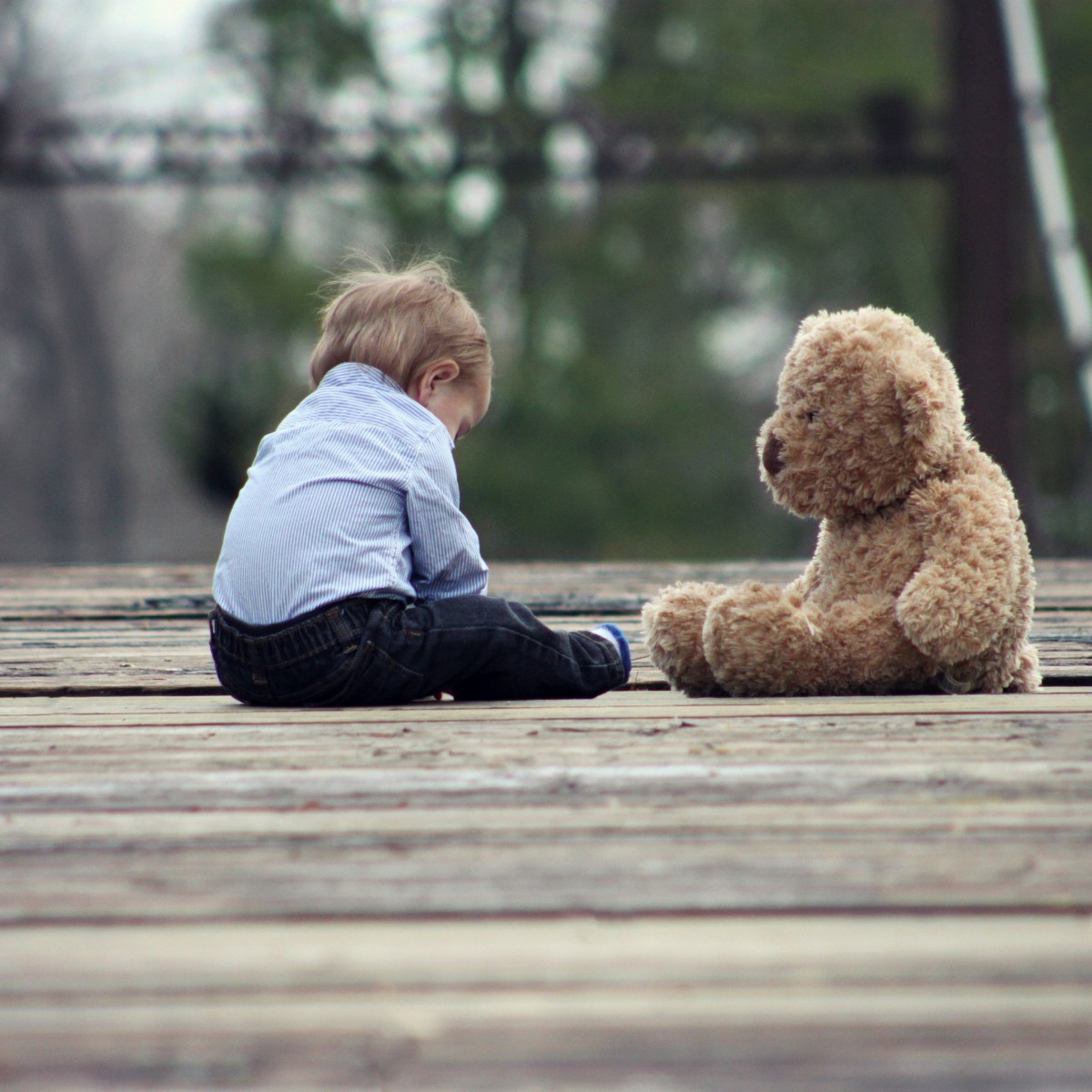